Give me a hammer, a screwdriver and a mission and you never know what might happen! I dismantled one of the metal shelving units in the studio and with a herculean push to separate two of the rails, not only did I slice the tips of three fingers, I also sent a couple of metal rails flying across the room. The fingertips are healing, there's a slice in the wall, and one of the rails hit the back of my chair and left a nasty scratch.  This is what I ended up with.  I made the unit shorter, shrunk the space between shelves and made the top into an ironing surface so I don't have to have the ironing board up at all times. It's a bit less claustrophobic without that tall shelf.  As Nate Berkus says, in a small space things need to do double duty. 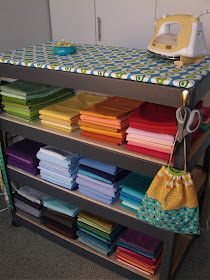 Of course I created a new problem, the chair needed something to cover that scratch. 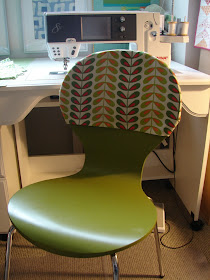 No problem! I grabbed a bit of fabric, traced a pattern and made a chair cover to hide the scratch and you know what? I think I'm going to make a couple of covers for the balcony chairs and maybe even for the metal chairs in the dining room. What a great way to decorate for the holidays! 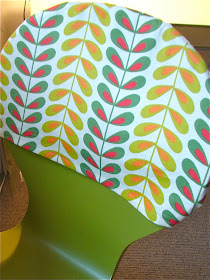 Speaking of cover ups...I cover my sewing machines religiously.  Sewing rooms are notoriously dusty and I try to protect my machines whenever they're not sewing. 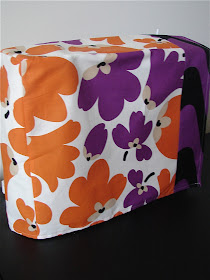 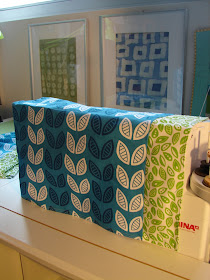 I made all the step outs into finished covers, but I can't use them, so I decided to share them with you. Do you need a cover for your machine?  Want to give one as a gift?  They're made to fit a Bernina 156 not my giant 820, so they should fit most sewing machines. 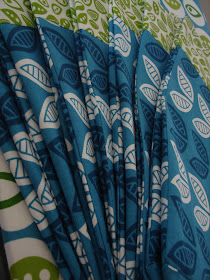 I'll draw eight random winners on Wednesday...that is if there are more than 8 of you who want them.
Finished two quilt tops this weekend.  Now to clean the floor so I can baste!
Comments are now closed....choosing the winners!
jacquie at 11/07/2011 12:01:00 AM

New comments are not allowed.