A Reason to Celebrate!

I called my mother to wish her a happy anniversary and asked what they were doing to celebrate (Long John Silvers maybe?), and she told me they hadn't even mentioned it to each other yet. That is so like my parents. Another year together is simply expected. Of course we've been together another year. They've had 58 years as a couple. Since they weren't talking about it, I decided to make it public and celebrate blog style.

In the beginning, they were young, and that fun, creative side was in evidence. It takes a sense of humor and a little creativity to stay together that many years. 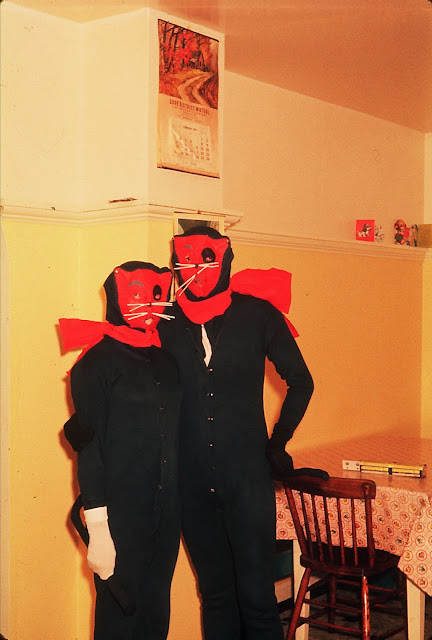 The future was bright... 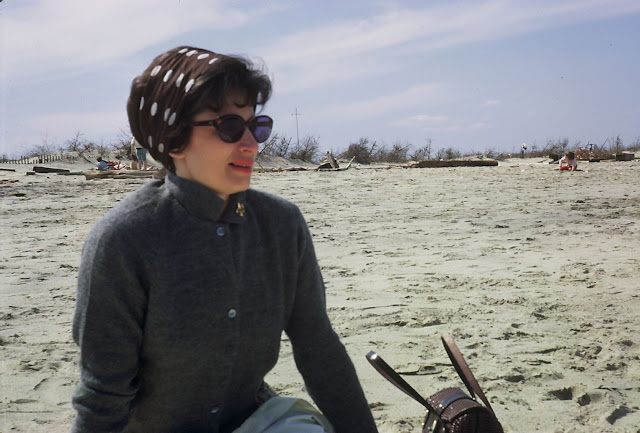 and so much lay ahead.  I wonder if they had any idea what they what they would encounter together over the next 58 years? 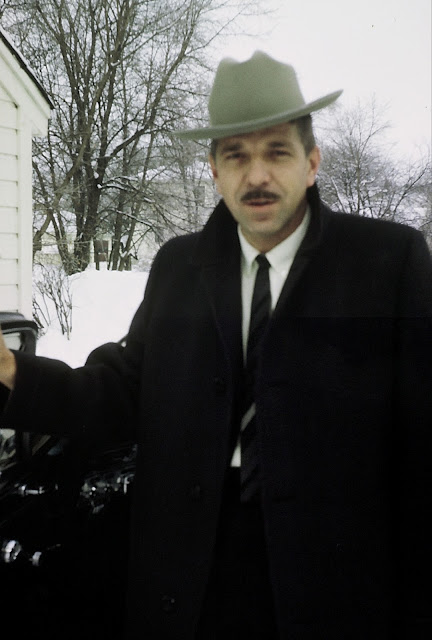 They became parents...they did it four times.  When something is fun, you want to repeat it. 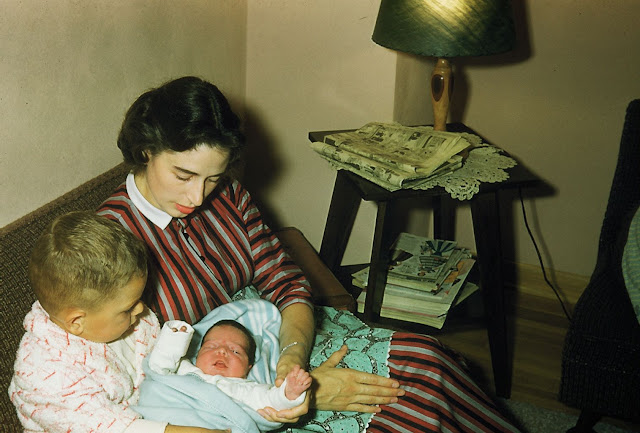 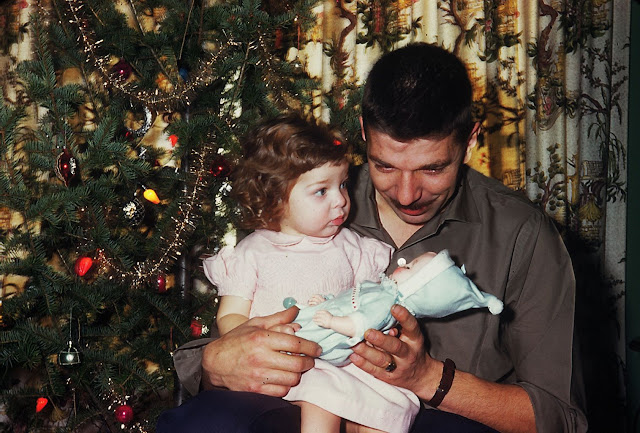 There were the good days when everyone cooperated... 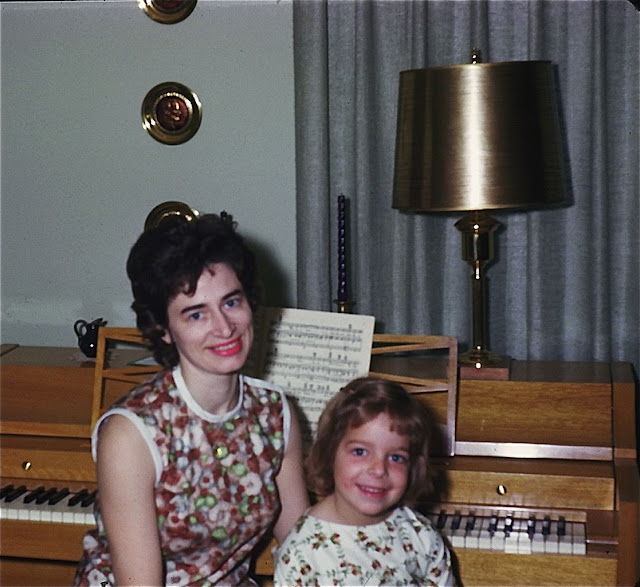 And there were "those" days when they wondered what they had gotten themselves into.  Yet, they persevered, together. 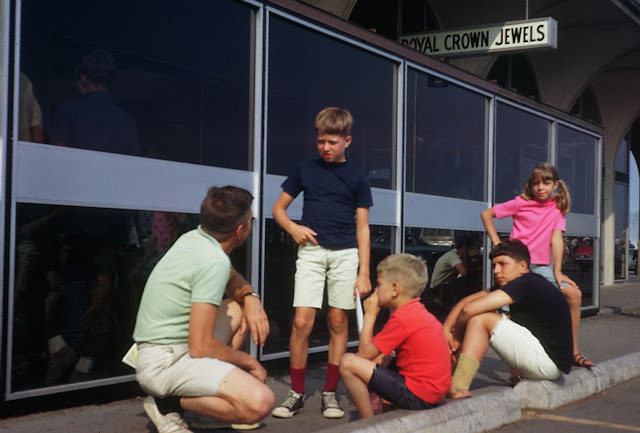 And the kids grew up and flourished.... 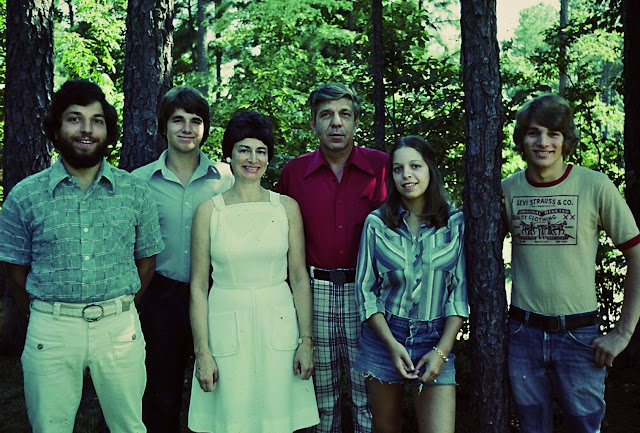 and multiplied.  I wonder if they knew they would be sharing their bed again? 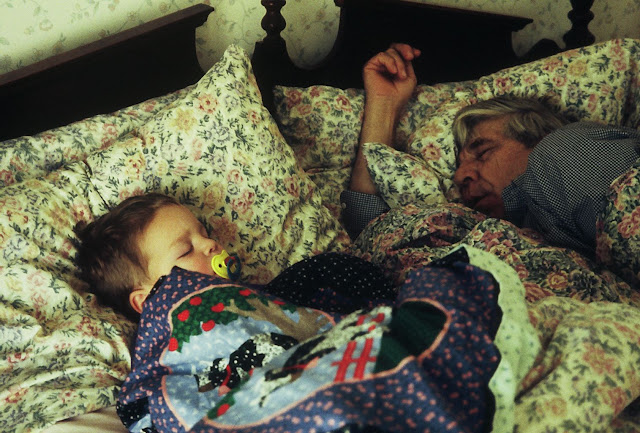 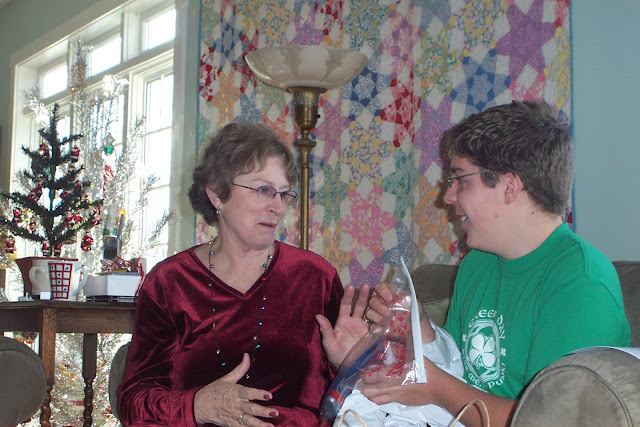 ....and having "those" days with their grandchildren. 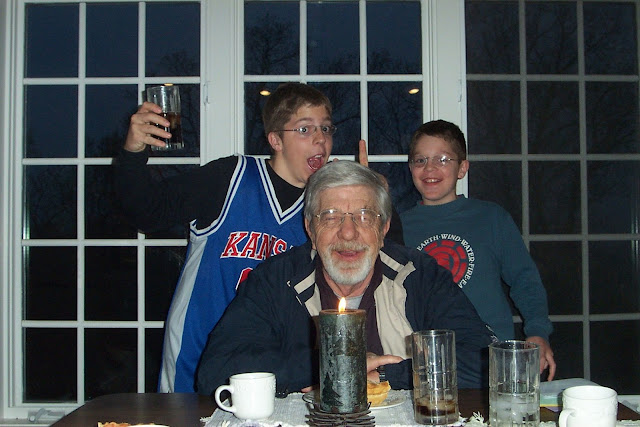 They celebrated 50 years together and they still had the top of their original wedding cake.  Some things never go stale when they are made with good ingredients! 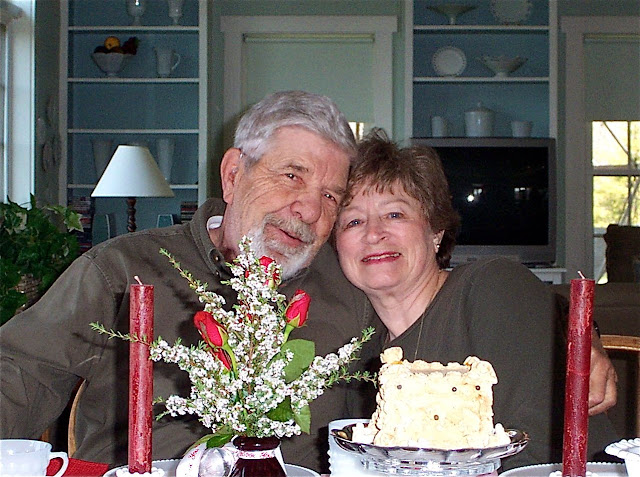 And that last 8 years has flown by.  Still together.  Damn good ingredients last a long time. 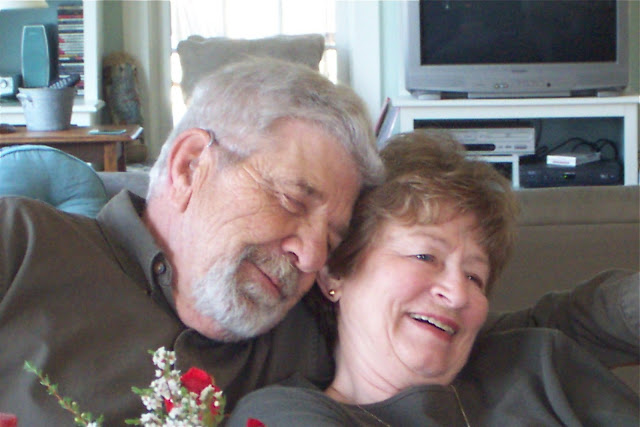 Happy 58th anniversary!  You are a great example for all of us.

What a beautiful history in photos! Happy Anniversary to your parents :)

What a lovely tribute to your parents! I hope they have a wonderful rest of their day and another wonderful year ahead.

Happy Anniversary to your parents!

We are 32 years and counting and we hope to reach the same as your parents and counting. What a wonderful family to have grown up in.

Fantastic! Thanks for sharing the pictures and their story. :)

Congratulations to your parents, 58 years and they both look so young. I know about celebrating we make 47 years and we have kinda stopped doing anything special. Maybe on their 60th you can have a big party. Blessings Sandra

Yes, they don't make 'em like they used to. My mom passed away when they were 49 years together. What an inspiration to all young people out there.

That is such a great sentiment - damn good ingredients last a long time. Lovely post, it's put a big geeky grin on my face :o)

That's super! I love celebrating the ones I love!

What a lovely "love story!" Congratulations to your parents.

That is such a lovely story, my parents were the same with their anniversary so not into making it a big deal. They made it to 59 years, Dad passed away two years ago and Mum has struggled but has finally found her feet on her own. Sorry to bring this post down but I suppose it just brought back memories for me.

What a sweet story! I love that last picture of them...so sweet!!

Sweet! I love hearing about a good long love story:).

Celebrating them with all of us makes us smile and think of our parents. Please wish them Happy Anniversary from my husband Ben and me, a married couple of 31 years.

What a great blog. Give them my best wishes!

glen: just kidding, I think I own him by now.

What a lovely tribute to your parents, and hearty congratulations to them. Love the pictures you chose. Fun and true-to-life all at the same time. Thanks for sharing!

Thank you for sharing!! What a tribute to your wonderful parents!! Lucky YOU!
P

Awww! How sweet! And very encouraging to some of us who are having one of "those" days!

Awww love this! Happy anniversary to them!

This post brought tears to my eyes - what a beautiful tribute!

Beautiful! Congratulations to your parents.

What a beautiful tribute!!

Aww, happy anniversary to your parents! I can't believe they still had the top of the cake that long!

It is nice to hear success stories like this!

This is just lovely! Happy Anniversary to your adorable parents!

It's so lovely to see how happy your parents are. How wonderful to share their life!

What a lovely gift for your beautiful parents. It certainly brought a tear to my eye, especially since my folks were together 59 years (with lots of trials and tribulations). I grew up with 3 brothers too, so I know how special that makes you! Thanks for sharing!

What a beautiful post, and tribute, to your parents.

I loved your tribute to your parents!

I love this, and the photo of your mom on the beach is beautiful! Sadly, my father passed away just before they celebrated #35. How fortunate your parents are to make 58 years together!

What a nice post! Happy anniversary to your parents!

This made my day! Congratulations to your parents.

What a wonderful tribute and celebration! Thanks for sharing. May I add my good wishes.
Debbie R.

Very nice way to celebrate and thanks for sharing.

I love this post. Your parents look like a fantastic couple. Your dad looks like a total character, I laughed out loud looking through these pictures. Thank you for sharing!!

Wonderful, thanks for sharing. And Jacquie, that photo of you in the pigtails and pink shirt...with your hand on your hip...too funny! You are SO SASSY girl!

What an awesome tribute! Lovely!

I'm a brand new reader and I just have to tell you I love this post.

Jacquie, such a lovely tribute. That first picture was taken in my parents kitchen on the farm! I recognized some of the pictures. I am sure your parents are so proud of you and all you have accomplished - and to do this for them too!
All the best of success with your book.

I don't comment much, but had to chime in to say "how beautiful, the pictures... the words... the years" May we all be so lucky to share 58 years with the one we love.

Happy Anniversary to them! A bit late, but still... They look lovely together!