What Do You Do on Vacation?

Read books, walk on the beach, lounge at the pool? Sounds fabulous doesn't it. Unless we get in the car, on a train or plane, that's not what vacation looks like at our house. For us, it's a chance to tackle that every growing list of things to do that never seem to get done. Sometimes, they're optional things, you know, like that hole in the bathroom ceiling that's been adorning the bathroom for a year or so. And then there are those not so optional things like the flood that happened a few days after we decide to install the new dishwasher. We added "fix the water damaged studio ceiling" to the list of things to do. I was lucky, the water avoided my stash and sewing machine....the house god was smiling on me, for a minute or two. I wouldn't even have known about the flood if I wouldn't have gone down to the studio to grab some painter's tape. Thank goodness, as I walked into the studio, a waterfall was pouring through one of the can lights on the ceiling. I knew choosing to install the dishwasher ourselves was a bad move. Such is the life in a DIY household.

Do those kinds of things happen at your house, or are you one of those people who call those angels, the home maintenance and repair guys? Maybe I could be that kind of person? Wishful thinking!

A year or so ago I saw some stains on the ceiling in the bathroom. I grabbed my my trusty drywall saw and cut a hole to see what was up. Turns out the shower above was leaking. The neat thing is, when I cut the hole the shower leaked into the tub in the bathroom below. That's my kind of solution. The hole remained for over a year since there was no urgency to actually fix the leak. We finally did figure it out and fix it, but we had gotten sort of fond of the hole and again, no urgency to make that repair. 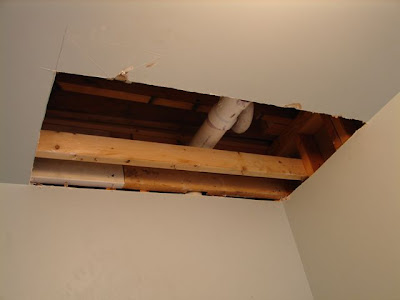 It was time to fix the ceiling. I had to rip a bit more out to make it fixable. 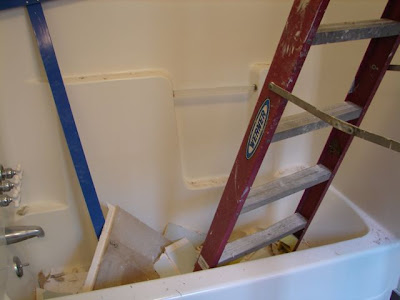 I patched the hole and now I'm in the dusty, mud, sand, mud some more and try to make the ceiling look like one piece. Maybe in a week or so I'll be able to show you a finished room. It could happen. 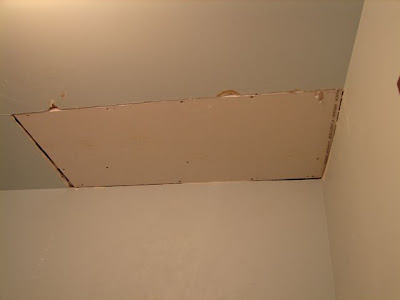 We got out the chainsaw and cut up and hauled away the giant tree that fell in the storm a few months ago, replaced all the screens in the front windows, powerwashed most of the deck, and tackled a few other miscellaneous things that have been on the list for way too long. We even put in the new shower door that has been sitting in a box in our bedroom for a month or two.
I even took some time to put quilts back where they belong. I've been traveling and hauling quilts all over the place they've been in boxes and in stacks in the studio.
I put this one on the dining room table just for fun. 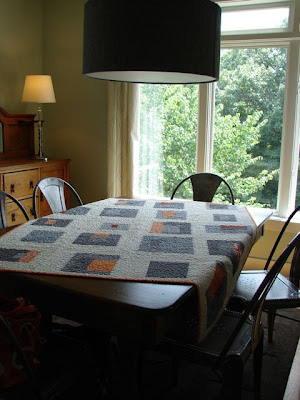 There's always a quilt or two on a chair for when someone gets chilly. 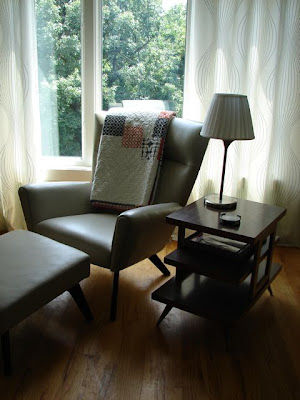 The guest room always has a quilt on the bed. 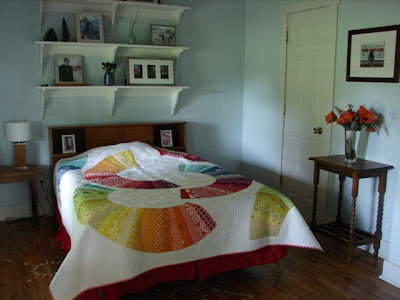 This one hangs in my room. 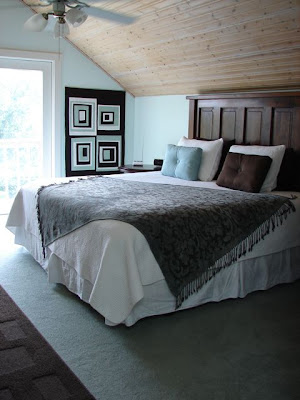 This one is hanging in a closet...yes, in a closet, but I can see it from my desk in my office. 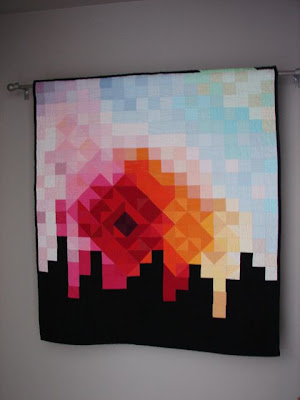 Some quilts hang on racks waiting for their turn on a bed. 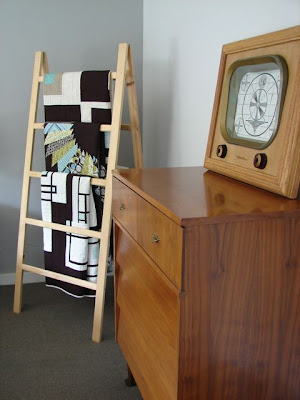 It's been a nice break, a busy, but productive time. Remember that house god who smiled on me during the flood? Must not be too happy today...I went to change the wash and the dryer isn't heating. I'll add it to the list.
Glad to be back. Time to get back to the real work.
Posted by jacquie at 7/05/2011 03:02:00 PM

Labels: Around the House, Goings On

LOL - wow what a list of chores - I see that hole in the ceiling and think of the two holes that have been in my ceiling and know it is not fun to fix - I hope your mud and sanding will blend in to your ceiling fine - mine is kind of obvious that it is there :(
Karen
http://karensquilting.com/blog/

Thank you for such a lovely peak around your home - your quilts are just gorgeous and look perfect dotted around. A home is just not a home without a warm and comforting quilt to lay upon a bed.

I love that A-frame/ladder type quilt rack. Where do you find those?? Looking forward to the picnic this weekend!!

I am of an age where I hire out - install, etc.

I had a hole behind my couch for years from a plumbing leak. Good thing I love my furniture arranged just the way it is!

Annnnd I want to live in your house, holey ceiling and leaky dishwasher and all. I loved seeing all these photos!

We are total DIYers, mainly because we are cheap and my dad is amazing. Unfortunately, he lives six hours away. But he has talked us through many a crisis over the phone.

About your dryer - it could be the thermostat. Ours went out a few years go and we ordered a replacement part on Ebay for less than $12. It came in a few days and Justin replaced it lickity-split. Thank goodness for the easy fixes!

Why is there always an endless supply of projects that keep us from having fun? Your quilt decorating looks just gorgeous.

I'm sorry that your DIY list has gotten longer unexpectedly. I hope that having your quilts back in their rightful spots takes your mind off of the less pleasant projects.

It's nice to know that someone else's home is in a constant state of repair too!

Sounds like you've had a very productive vacation! Just make sure the next one involves a trip away from home improvement chores...yours or your sons! :-)

You were very lucky. Our dishwasher flood did not miss my stash. It was tragic.

Love the look of your quilts displayed around the house...great quilt rack.

I loved your tour - I LOVE your home! It screams you. And seeing all your quilts in action is fun too. And your ceiling repair… just another great patchwork of yours. I say ditch the notion of making the ceiling look like one piece… and paint a quilt on the patch.

PS, is that guest room I'll be sleeping in when I come visit you?!

We are pretty much DIYers too. No major leaks (touch wood :)), but my husband has spent more time under the kitchen sink than he would have liked lately.

Your quilts look wonderful all over your home.

I always love to see photos of your home -- it's what I hope my house looks like when it grows up!

I just discovered your blog and enjoyed seeing your quilt style. Please check out my quilts at okanarts.com

I spent the weekend refinishing a porch and railing at our cabin in eastern Washington—pressure washing, brightening and sealing.

Too bad we didn't get the job finished although we were diligent for four days!

Your house is so clutter-free and tidy! (Or do you hide things for photo shoots? :-)

Every room in my house needs work - even the new bathroom. I never finished the caulking or framing out the window in the new bathroom, but all my plumbing works great now. I try and do everything I can, I let my brothers help me with certian things, but for any big electrical issues or plumbing I call in a professional - I have learned my lesson! I have been working on quilt projects and not the house for many months now, but I did get into sealing up any places in the foundation where the mouse may have gotten in a couple of weeks ago. With that came cleaning out the garage which was a good thing.

I'm worn out just reading your post! I had the exact same thing happen a few years ago when our dishwasher leaked onto the basement ceiling through a light fixture and onto my sewing table. I was also lucky to catch it quickly. It could have been so very much worse.

We have been "staycationers" for over 30 years! We always spent the time catching up on home repairs and projects. Once, just for fun we went to the movies and saw 3 in a row--my bottom was aching after sitting for so long. LOL

The only unpleasant part was hearing about friend's and family's vacations to the Grand Canyon, Las Vegas, Wisconsin Dells, etc. It sounded so wimpy to say "we fixed the tub', or "installed a new faucet", or "wallpapered the bedroom." I always wondered when other people found time to do those things. Surely they didn't pay someone to do it...? How silly would that be? :)

Pat H., also on the prairie in Salina, KS

I'd love to have this plan where I could do garden/play when it is sunny and quilt when it is raining, but this is dreamland. Summer is totally spontaneous most of the time. I pull weeds when they are taller than the flowers and sew when the air conditioner is more appealing than outside heat, and go shopping when it is pouring. Sigh! As for the to-do list, my hubby either goes for DIY or pulls out his wallet. That is a blessing, but I could still use a houseboy ;-)

You are a real Double-U-Oh-Oh-M-A-N! And your vacation sounds a lot like my kind of vacation.

I look at your gorgeous quilts and shiny (dustless) surfaces and am envious.

I too rarely get away, but that is because of farm animals. We need to clone ourselves so one of us can get away.

Your quilts are just lovely.

With regards to the dryer, it might not hurt to check your breaker box. I had the same thing happen to mine, and it turns out that my dryer had two breakers and only one of them had tripped.

Thanks for the house tour, very nice display of quilts. I hire out all those types of jobs. I'm on my own with the house and with work, yard, dog and cat, plus having a longarm business, I use that extra money to pay workers. I enjoy quilting more than trying to install lights and fix leaks! 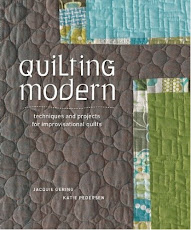 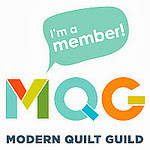 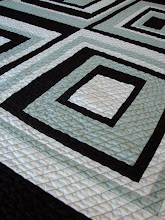 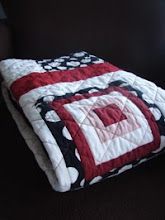 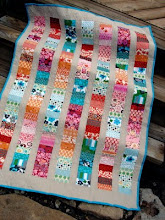 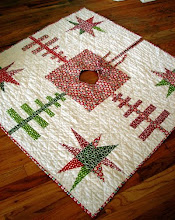