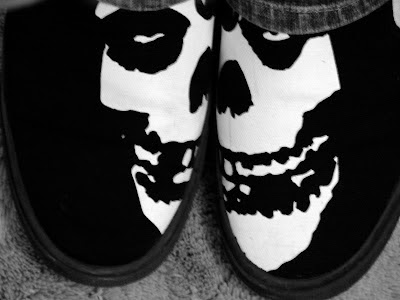 She came to live with us while we were living in my parent's basement 12 years ago. We adopted her and she started her life with us in a laundry basket filled with towels. We needed her to be an "outside" cat so her cushy life in the basket didn't last long. We moved her up to the porch of the new house. She started her job before we moved in. She grew up to be a lean, mean killing machine. Snakes, mice, skinks, birds, moles...if it moved she could catch it. She was a master of the cat and mouse game. She would catch a mouse with her paw (picture traumatized mouse in shock) lift her paw and wait for the terrified mouse to move and then with a quick slap capture the poor thing again. I never knew where the phrase originated until I saw her play the game and she always won.

She lived surrounded by squirly, overenthusiastic labrador retrievers. She was the queen. They all had scars to prove it. Her hiss struck fear in dogs and humans alike. Those dogs may have treed her a few times, but from her perch she looked down on them with disdain and regained her throne in her own dignified way. Affectionate only in her queenly way and only with those she chose to associate with. When she was done accepting our snuggling, she let you know none so gently. She had a special relationship with my husband. Whenever he sat on the front porch reading the paper, it was his lap she chose to jump up on and he was the only one who could rough her up without ending up with bloody hands. I fed her, made her bed and was always the one who secretly let her in the house, but he got the only love she ever gave willingly.

She took pride in her work and enthusiastically included us in her celebrations. Too many days I sleepily stepped on her kill which she would ceremoniously deposit by which ever door was most convenient for her. I think she calculated the exact spot to put her kill so we had the greatest probability of stepping on it. When she heard me screech, I'm sure she wore a satisfied smile. We made her a bed for the winter and even bought her one of those warm electric beds. She refused to use it. In the bitter cold we would feel sorry for her and bring her in the house. She would find the cushiest blanket or the warmest lap and curl up and purr so as to let us know, not that she was happy, but that we better not move her until she was good and ready to go. There were several incidents I can recall where we had to cover her with a blanket in order to get her out of the house without severe bodily harm.

Cal had a thing for cheese. It was the only "people food" I ever saw her eat. If you had a piece of cheese in your hand, there was a good chance you could lose a chunk of your finger as she snatched the cheese. She wouldn't drink clean water, she preferred a good mud puddle or pond water. She loved containers. If there was a pot or a bucket or she would be in it usually on her back or twisted into some position a contortionist would marvel at. She was a real cat, she had claws and she used them.
Over the last year, since we haven't been here regularly, my dad has been her caretaker. He fed her and made sure she was taken care of when we weren't around. She looked for him and he grew to expect her whine for attention. A look and a brief acknowledgment were enough for her. She roamed the property clearing it of vermin...always doing her job for us faithfully.

She disappeared three weeks ago. Each weekend when we came, I called for her expecting her to pop out of the bushes. Cal's been gone before, but never for more than a few days. For 12 years she avoided hawks, turkey vultures and even bald eagles. We have bobcat, fox and all sorts of other animals that might be a problem for a cat. It could have been a stray dog. We'll never know. All we know is that it's not the same here without her. Wherever she is, I'll bet she's smiling!
Posted by jacquie at 6/23/2008 11:04:00 PM

Wow Jacquie what a beautiful post, exquisitely written. I wonder if it was 'her time'? You hear of this happening don't you...they go off to die.

Then again wouldn't it be the most awfully painful irony if one of those animals you mentioned did find her? She was/is such a hunter herself and prided herself in her play/prey.

Even said ...I am still hoping she finds her way back to you. Kathleenxxx

What a beautiful piece of writing. I could almost see her.
We had a cat like that and she just walked out one day and didn't come back. I hope she finds her way back home to you.

A Spoonful Of Sugar said...

Sorry to hear of Cal's disappearance. Sounds like she was quite a character and a well loved member of the family.

I'm so sorry about your kitty cat J! We are cat crazy at our house. We almost lost our precious Alicia last year, but praise God she pulled through. We have lost other kitties, and the hole in the heart is almost unbearable. Cal was a force it sounds like. I'm glad you have such sweet memories of her. BIG HUG!

You do words so very well Jaquie. You never know she may turn up stranger things have happened.

Wow! so poetic! Hope she turns up. Hope hubby is faring well without his friend and you too.

What a great post - I hope she has a smile on her face whereever she is.
Kris

What a beautiful post about Cal. I hope she finds her way back home, miracles have happened before with cats.
If not, she might be gone to the hunting fields and maybe she’s watching you now, smiling, very thankful for her wonderful life at your place.

Keep the faith...cats are curious critters...she just might throw you for a loop and show up one day.

Jacquie, in addition to your skill as a quilter, you are a talented writer too. I'm sad to read that she has disappeared, but intrigued by her kitty life. I'm reminded of a Kliban cartoon of many years ago. A man is sitting in a comfy chair surrounded by cats. He says "I used to be a dog person, but I tried one once..." or something like that.

I'm sitting here with tears in my eyes after reading that. It reminds me again why I never want another pet. It is too painful to lose them. 4 dogs in my past, many farm cats, all dead.

Oh that was so lovely to read - like a good short story! You have missed your calling in life :) So sad when they disappear - happened to us a couple of years back and I was sick about it. I hope she was smiling too!!

Was a beautiful post. I'm so sad for you, but I hope she turns up soon. I'm sure she is happy whereever she is.

I hope wherever she is, she has lots of buckets and baskets to contort in and all the pond water she wants.

Such an independent little soul.

oh such a lovely story and what a cat!!! and ewww, i dont think i could take it in my stride if i stepped on something that use to be alive!!! and its funny she put it in the best spots!! sorry that she is gone, wherever she is

I hope she comes back, and that she is okay!

so sad. they wiggle into our hearts and lives and it's hard when they leave. beautifully written post.

You had me in tears! We have 5 of the big furballs and I would miss any one of them. I hope Cal finds her way home. My guess is that she is on the Rainbow Bridge waiting for you. Either way she is *home*.
BIG HUGS!!!

She sounds like my kind of cat - I hope she turns up.

I've been there and am sending hugs your way.

I hung on every word as I read about Cal. I know you miss her terribly. I pray she shows back up and if she does, I bet she gets the best welcome in the world! I love cats, they have a way about them that is like no other pet.

I'm sorry for your loss! Losing a pet is always sad. Our cat died almost a year and a half ago and we still miss him! Your tribute to your cat was beautiful!

This really is a beautiful, sad rendition of what it feels like to lose a pet-whether they are lost or you know they are gone. I have been in both positions and it was hard for me and my family so my thoughts are with you. Hopefully, she will find her way back and if she doesn't, it is apparent she had a really good life with you and your family due to the way you reflected upon her. Some pets it seems are really lucky in the families they stumble into or maybe they know and choose good ones-either way she chose well.

What a beautiful way with words you have!

I hope kitty shows up soon, with a self satisfied smirk on her face... but if not it sounds to me like she had all a cat could want and more.

What a wonderful way with words you have. This is a lovely post and a fitting memorial to a true character.
It is so hard to lose a pet..even the ornery ones! Over the years we have lost out share of cats, dogs and even wee little mice. Each of them enriched our family in their unique ways.

A great tribute piece for a great friend. I hope she makes it home.

what a great way to remember your little kitty! My grandma had a cat just like yours...this brings back some fun memories!